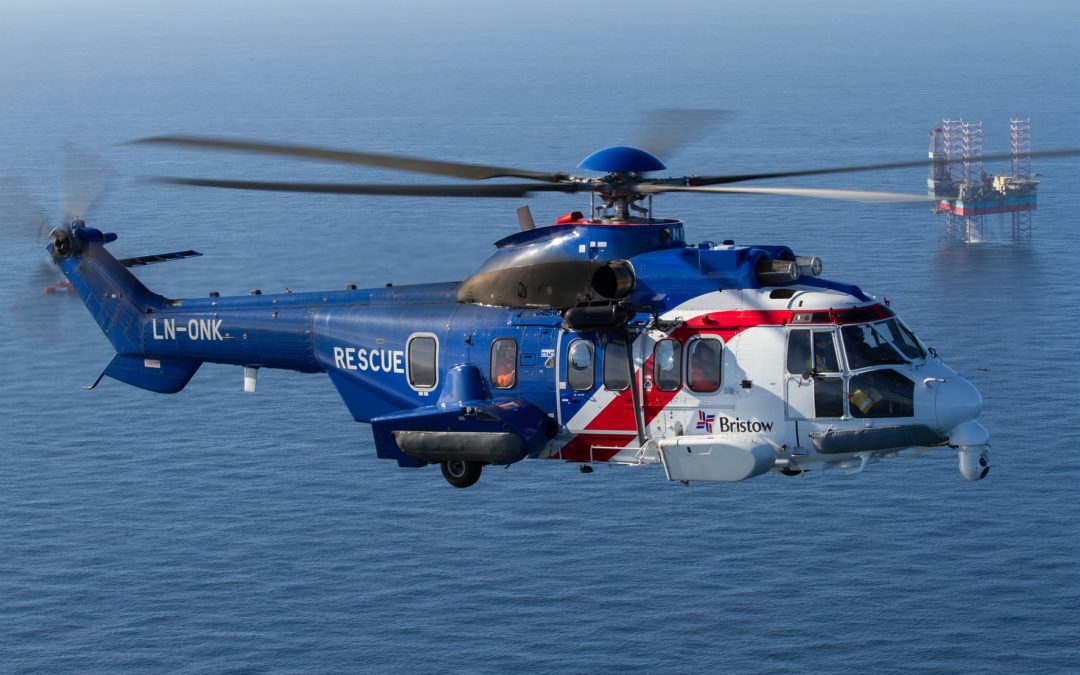 Skycore Aviation continues its series of articles examining the Super Puma helicopter family with this review of the EC225 / H225 Super Puma.  We first looked at the SA330 Puma, then the first generation AS332 / H215 Super Puma, and lastly the military version AS532 / H215M Cougar.  Now we turn our focus to the Eurocopter EC225 Super Puma, rebranded as Airbus H225 in 2015.

The EC225 is the next generation of Super Pumas with its origins in the AS332L2, a stretched civil version of the AS332 / H215. Airbus and Eurocopter have produced close to 1,000 aircraft that have flow over 5 million flight hours. A powerful and fast utility helicopter, the H225 accommodates up to 19 passengers with a 2-person crew in IFR conditions. 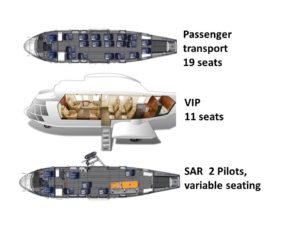 Enhancements and Components of the EC225 / H225 Super Puma

A major enhancement from the AS332 / H215 to the H225 design is the upgrade from a four-blade to a five-blade main rotor. Additionally, the Super Puma’s new airfoil shape reduces vibration and noise levels in conjunction with an Active Vibrations Control System (AVCA) that applies a counteracting force through 3 actuators. The rotors feature a composite spar and parabolic blade tips with upgraded servo actuators, which in colder environments are equipped with anti-icing systems. 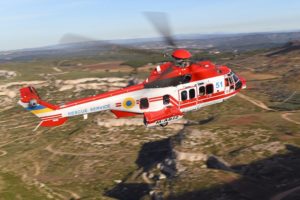 The first Super Puma sold to a foreign government was an EC225 purchased by Algeria in 2005 for VIP duties. Other countries flying the Super Puma are Japan, Argentina, Mexico, Taiwan, Oman and France. These countries have added the aircraft to all branches of their military including their Coast Guard, Navy, Air Force, and Defense and Interior Ministries. The Super Puma has also been used in aerial firefighting. Japan and South Korea have added the aircraft to its fleet for urban firefighting utilizing the Simplex Aerospace water cannon.

As a civilian helicopter, EC225 and H225 fleets have been purchased by CHC Helicopter, Bristow Group and Milestone Aviation Group to name a few. Its most popular use has been for offshore / long-range passenger transport as well as search and rescue (SAR).

The Super Puma has incurred problems with its main gear box which coupled by improper maintenance and inspection procedures was fatal. As a result Airbus has made design and material improvements to the Super Puma to address fatigue failure and increase reliability. These changes include replacing parts in the gearbox with more resistance, reducing its life limit from 4,000 to 1,000 flight hours, an enhanced anti-spalling system and strengthened inspection criteria, along with equipment allowing a more detailed analysis of particles.