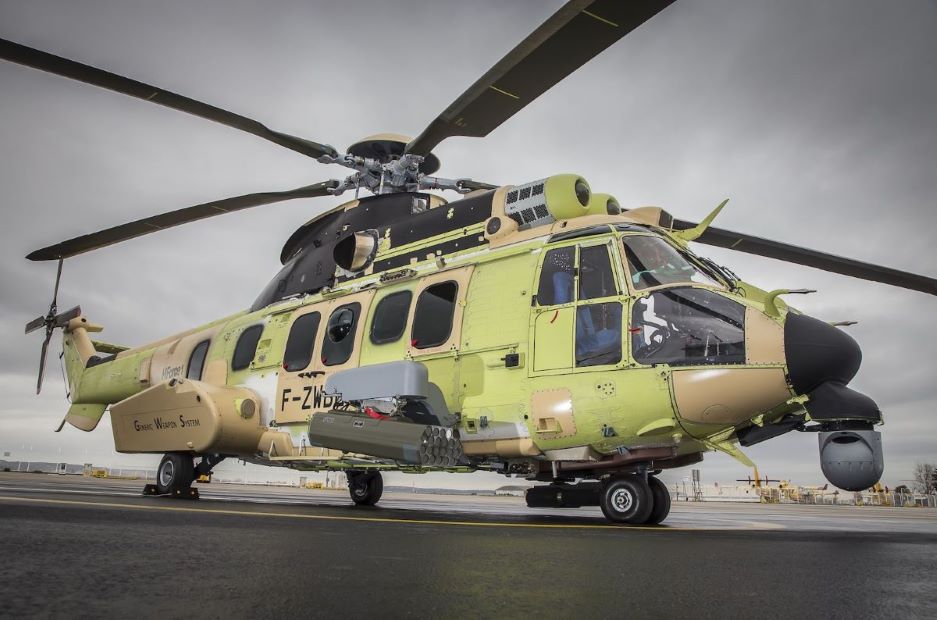 Skycore Aviation concludes its review of the Super Puma helicopter family with a look at the Eurocopter EC725, originally called the Cougar MK II+, later named Caracal and rebranded as Airbus H225M Super Cougar in 2015.

As a result of the French Air Force requirement for a Combat Search and Rescue (CSAR) helicopter, Eurocopter developed the EC725, Cougar MK II+. This versatile helicopter was designed to either carry up to 29 troops, 12 stretchers with 4 seated medical staff or 8 – 12 VIP passengers. The helicopter is relied upon as a force multiplier by France, Mexico, Malaysia, Indonesia, Kuwait, Singapore and Thailand.  Its commercial success is evidenced by its manufacturing in both France and Brazil.

The Super Cougar was designed with a number of significant improvements. One improvement was to replace the four-bladed main rotor with a five blades that have a new airfoil shape to reduce vibration levels. Another improvement was auto-pilot (AFCS) which is the first AFCS specifically designed for helicopter flight characteristics (rather than being derived from fixed-wing aircraft auto-pilots). This function permits automatic hoisting on land or at sea with unrivalled precision in conditions near impossible for non-AFCS aircraft. The main gearbox was reinforced to support the Super Cougar’s increased turbine power and gross weight. The gearbox lubrication circuit includes a back-up spraying system that complies with the JAR 29 requirements concerning a 30 minute dry-run capability.

The Royal Malaysian Air Force replaced its aging SH-3 fleet with Super Cougars and in 2014 deployed the aircraft to search the South China Sea and Strait of Malacca for survivors following the missing Malaysia Airlines flight 370. They have also been deployed for search and rescue missions during earth quakes and other natural disasters. The Kuwait National Guard and Royal Thai Air Force have also add the Super Cougars to their fleet for search and rescue missions. 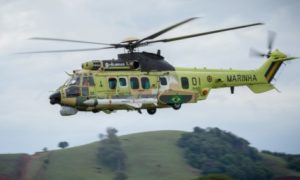