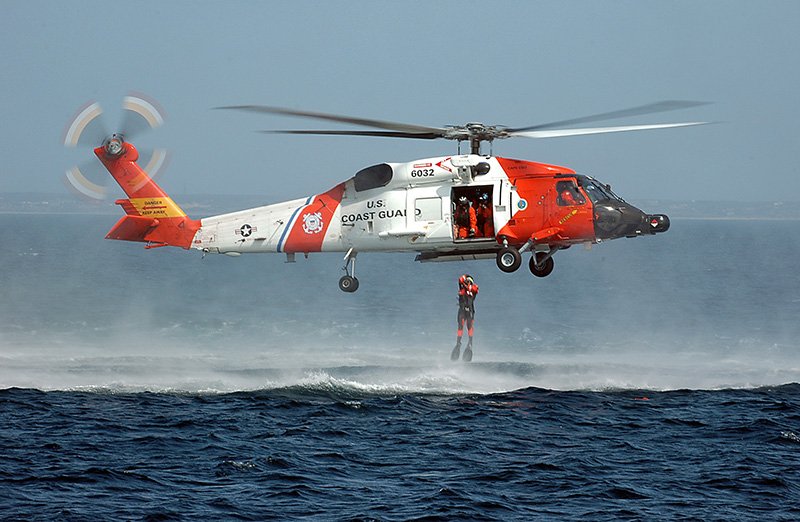 The Coast Guard traces its beginning to August 4th, 1790, during the infancy of our nation.  As our country has grown, the Coast Guard has also grown to protect our nation, its internal waterways, coasts and international waters.

As Treasury Secretary, Alexander Hamilton recommended the establishment of the Revenue-Marine in 1790 which was later renamed as the Revenue Cutter Service in 1894.  With the formation, the construction of ten cutters and recruitment of 100 revenue officers created the initial Revenue-Marine force.  Each cutter was commanded by a “master” who oversaw their ship’s construction and crew – three (3) mates, four (4) mariners and two (2) boys in addition to the master himself.

Missions began as revenue law enforcement – inspecting, and seizing vessels and goods in violation of revenue laws.  Starting in 1794, cutters also intercepted ships illegally importing slaves into the U.S.  Then in 1798, missions expanded to include fighting alongside the Navy, first against the French and later in the War of 1812, the Mexican-American War, the Civil War and the Spanish-American War.  In addition, the cutters engaged in counter-piracy operations and in 1832 they were first charged to assist mariners in need.

The Chase entered service in 1887 for the Revenue -Marine.

As the Revenue-Marine was growing in size and scope, the Life-Saving Service was founded which would help shape the mission of the Coast Guard.  Created to save lives of shipwrecked mariners and passengers, the forerunner of the Life-Saving Service agency was loosely formed out of private and local humanitarian efforts.   After public outcry from many storm related drownings of crews and passengers, the U.S. Government assumed responsibility for the Life-Saving Service in 1848.  Establishing lifesaving stations along the New Jersey coast was the first action taken by the Life-Saving Service.  That area had sustained numerous fatalities after a series of punishing storms.  Thanks to the all volunteer staff, the stations’ efforts saved lives.  But after the Great Carolina Hurricane of 1854, Congress appropriated funding for the stations along much of the East Coast and full time crews.  These stations deployed six-man boat crews into the Atlantic, rowing into the surf in search of survivors. 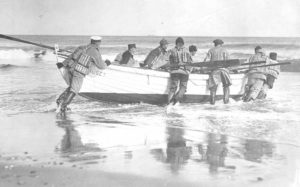 In 1915, the Revenue Cutter Service merged with the Life-Saving Service to form the U. S. Coast Guard. This single maritime service was dedicated to enforcing maritime laws and the safety of life at sea through its many vessels and life-saving stations.

With the development of the helicopter in the early 1940’s, the Coast Guard launched its lifesaving helicopter program with its first mission in 1944. Since that time helicopters have been integral to the mission of the Coast Guard that currently employees 42 Sikorsky MH-60T Jayhawks and 102 Airbus MH-65 Dolphins in its service.

Join Skycore Aviation in saluting the U.S. Coast Guard as it celebrates its anniversary and continues to serve our country. Skycore Aviation is an international helicopter personnel services and UH-60A Black Hawk provider, Blackhawk 360.  Our knowledge and experience enable Skycore to provide personnel and turnkey solutions for helicopter programs tailored to meet our customer’s operations, maintenance and training needs.  To stay atop of the rotary wing industry, follow us on Twitter, LinkedIn or Facebook.