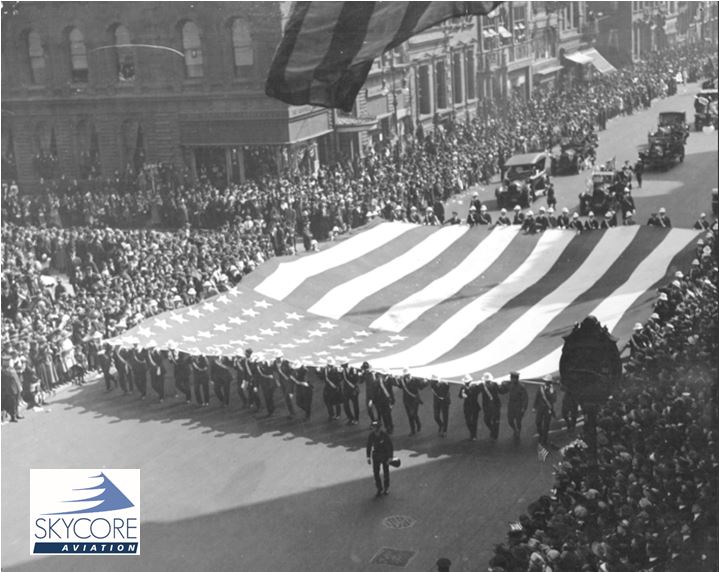 On November 11th, our nation will celebrate the 100 year anniversary of the end of World War I (WWI). That day marked the end of fighting and was celebrated around the world. Although a peace treaty was signed months later, November 11th, is remembered as the close of the bloody war. With 9 million soldiers killed, 21 million wounded and over 5 million civilian casualties from disease, starvation, or exposure, WWI was called the “war to end all wars”.

Congress has since renamed Armistice Day as Veterans Day in the United States. It is a federal holiday and a time to pay our respect to all that have served. The day is also commemorated throughout Europe, Canada and Australia as Remembrance Day and as National Independence Day in Poland.

As a veteran owned business and an employer of veterans, Skycore Aviation understands and is deeply grateful for the sacrifices made by veterans for our country throughout our history. We pause and pay tribute to all who have served. Let us all honor the tremendous sacrifices made by members of the U.S. Armed Forces and their families to preserve our freedom.