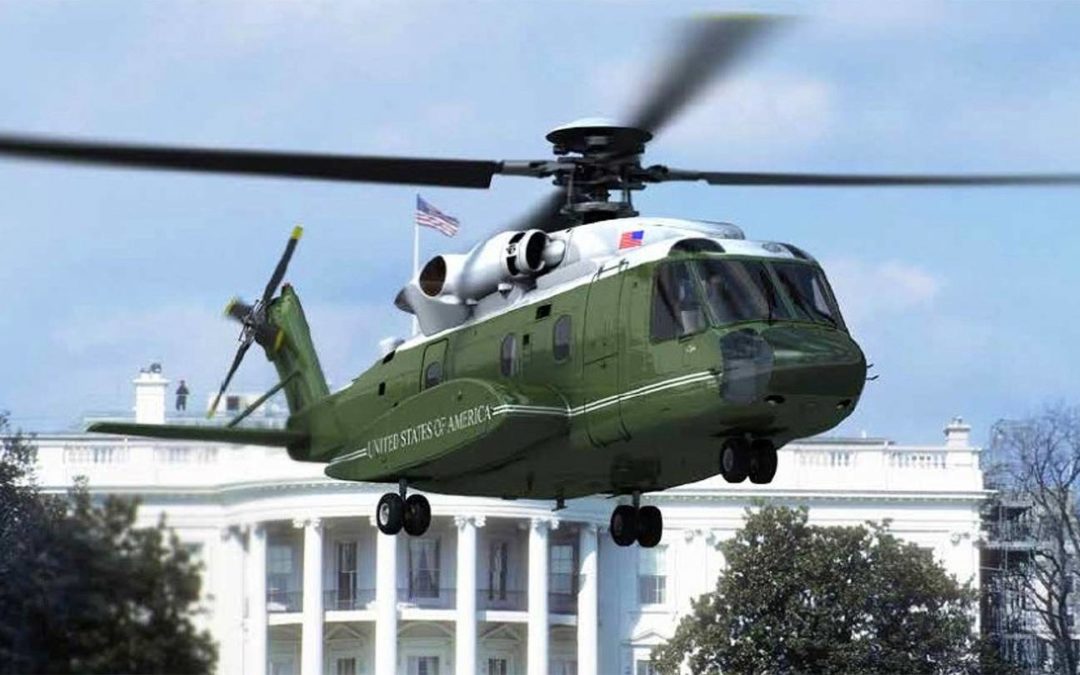 The third Monday in February is Presidents Day. It was originally a celebration of George Washington’s birthday but is now seen as a day to recognize the lives and achievements of all presidents. In honor of our great presidents, Skycore Aviation presents a history of presidential helicopters.

President Eisenhower was the first to consider helicopters as a new mode of transportation. The Secret Service supported using helicopters because they were safer and more efficient than the traditional limousine motorcade. In 1957 Eisenhower began using a Bell Ranger (military designation H-13J) to fly to the presidential retreat at Camp David and to his farm in Gettysburg, Pennsylvania.

Designed for a single pilot, the Bell Ranger could only accommodate two passengers with comfort, had a range of 150 miles and a top speed of 100 miles per hour. It was cost-effective with a base price of $40,000 and a low operating cost but its greatest attributes were safety and reliability. 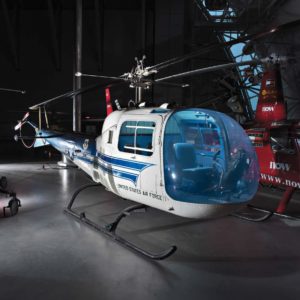 Next Generation of Helicopters

After using the Bell Ranger for a short period, President Eisenhower requested a helicopter with greater capacity. The Sikorsky H-34 Seahorse helicopter fit the request and was commissioned as the next presidential helicopter. The H-34 was a piston engine, military helicopter originally designed for anti-submarine warfare (ASW). It was been predominately used as a medium transport aircraft for the armed forces of 25 countries. This early aircraft lacked the “creature comforts” found on later presidential helicopters, such as air conditioning and bathrooms. 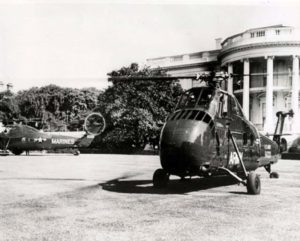 The White House South Lawn became the landing zone shortly after helicopters began carrying the president. Since there was plenty of space on White House grounds, a pad designed and the practice was established. The landing zone reduced trip duration and increased security.

In 1961, the Sikorsky VH-3A was named as the next presidential helicopter.  A twin turbine engine, ASW aircraft, it was the world’s first amphibious helicopter with a hull that enabled water landings.  The VH-3D replaced a number helicopters in the fleet in 1978 with the balance replaced by the VH-60N White Hawk in 1987. Over the course of time, improvements were made to both types of helicopters to take advantage of technological developments and meet new mission requirements. However by 2001, so much extra weight had been added to the helicopters that mission capability was reduced and few new improvements could be made.

The September 11 attacks led to widespread agreement that the presidential helicopter fleet urgently needed significant upgrades to its communication, transportation, and security systems. The new helicopter’s defensive capabilities would include ballistic armor, a radar jamming and deception system to ward off anti-aircraft missiles, hardening of key electronics against nuclear electromagnetic pulse and encrypted telecommunication and videoconferencing systems.

Lockheed Martin was eventually awarded a contract in 2005 for 28 VH-71 Kestrel helicopters, a variant of the AgustaWestland AW101. Due to many schedule delays only 9 VH-71s were delivered and in June 2009 the VH-71 program was canceled due to significant cost overruns. The 9 VH-71 aircraft were eventually sold to Canada as a source of spare parts. Currently, Sikorsky is performing on the $1.24 billion contract awarded for six S-92 helicopters and two trainer simulators as part of a development and conversion program. Eventually a fleet of 21 aircraft built for presidential use by 2023. 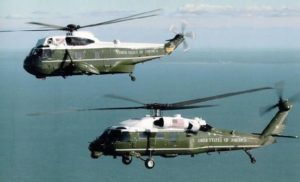 Marine One in flight with a decoy presidential helicopter

Army One and Marine One

As a security measure, Marine One always flies in a group of as many as five identical helicopters. One helicopter carries the president, while the others serve as decoys. Upon take-off these helicopters shift in formation to obscure the location of the president which is referred to as a presidential shell game.