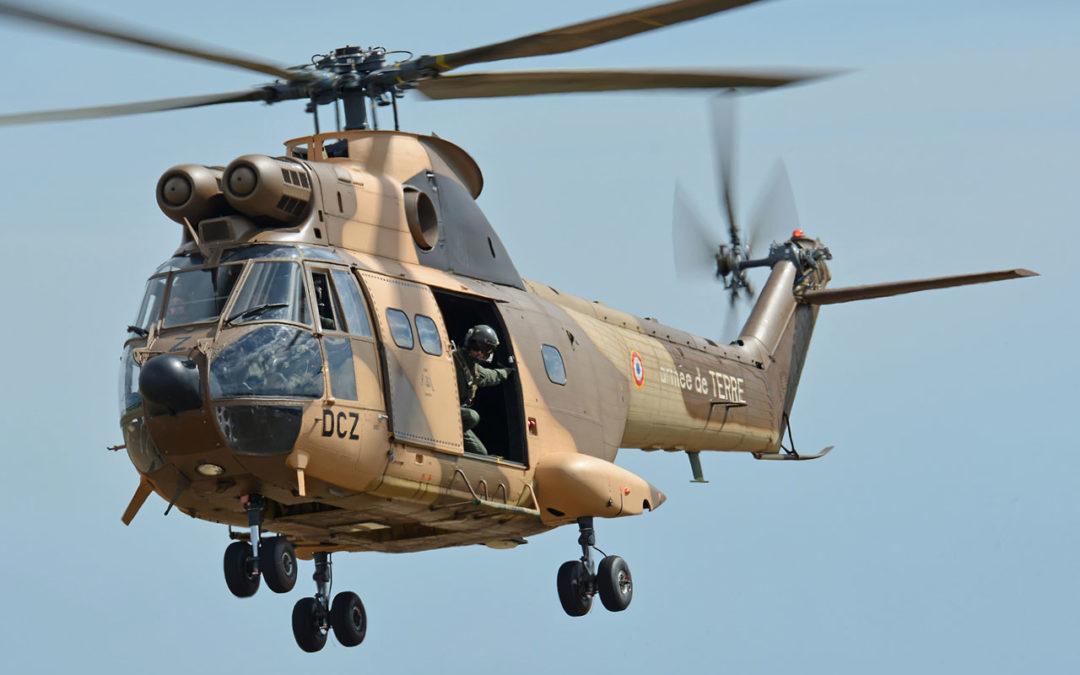 The Super Puma family of utility helicopters has provided lift capability for decades in both civil and military aviation. From the SA330 Puma, first manufactured in 1978, through today’s H225M Super Cougar, the Super Puma family has operated across the globe. Europe has the greatest number of Super Pumas at 444, Asia Pacific operates over 300 and South America approximately 150 aircraft. In total, the Super Puma has flown over 5.3 million flight hours, with 160 total operators, and operates in 143 countries, 28 air forces, eight (8) armies and five (5) navies.

As a provider of rotary wing personnel, Skycore Aviation will present a series of articles looking at the family of Super Puma helicopters. In this article we present a high-level genealogy of the Puma family and highlight each aircraft. In future articles we’ll discuss the development, design, variants and missions of each generation.

The Super Puma family of helicopters, including its variants, originates from the SA330 Puma. The SA330 Puma was produced by Aerospatiale, a French state-owned aerospace manufacturer that built both civilian and military aircraft, rockets and satellites. The Puma is a four-bladed, twin-engine, medium-size utility helicopter that was designed as an all-weather helicopter for the French Army. Its primary purpose was to transport military personnel and provide logistic support however later variants supported civil logistic and transport roles, especially within the oil & gas industry.

The next generation of Puma, the AS332 Super Puma, was developed by Eurocopter in 1980. Eurocopter resulted from the merger of the Aérospatiale and DASA, (officially Deutsche Aerospace AG, later Daimler-Benz Aerospace AG) helicopter divisions. Since 2014, Eurocopter was effectively renamed as Airbus. Aircraft names now include the new company name and model number. For example, the AS332 was renamed as the Airbus H215 Super Puma.

The highly popular Super Puma (AS332 / H215) is an enlarged version of the Puma medium-weight helicopter with a large cabin and exceptional lift capability. The major engineering change from the Puma was a pair of Turbomeca Makila 1A1 turboshaft engines. In the early days of production, July 1981 through April 1987, an average of three Super Pumas were built per month.

The Cougar, first produced in 1990, is the military version of the Super Puma. It has the same engine, main and tail rotors as the Super Puma. Its extended fuselage enables transport of 24 troops, accommodates six (6) patients on stretchers and ten (10) passengers for medical evacuation. The Cougar is operated by the armed forces of 43 countries. 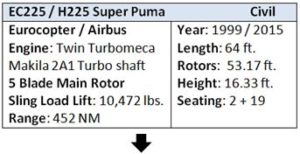 The Super Cougar was designed to incorporate the EC225 / H225 turbine engine and rotor enhancements. The French military were the first to receive the Super Cougar and it’s now in service in 10 countries worldwide. The aircraft is suitable for a wide range of missions such as tactical troop transport, special operations, SAR, CSAR, maritime surveillance, humanitarian support logistic ground support, medical evacuation and shipborne operations.

Skycore Aviation is an international helicopter personnel services and UH-60A Black Hawk provider (Blackhawk 360). Our knowledge and experience enables us to provide personnel and turnkey solutions for helicopter programs tailored to meet our customer’s operations, maintenance and training needs. To stay atop of the rotary wing industry, follow us on Twitter, LinkedIn or Facebook.